Why simply play a video game by yourself when you can play it to an audience? You’ve got nothing better to do while locked up in your apartment. With video game live streaming services, you can turn your hobby into an interactive performance that others can enjoy. If you become popular enough, you may even earn a living from your shows. But don’t worry; if you’re camera shy, these same services provide plenty of great ways to watch video game live streams, too. Live streaming is arguably the biggest thing happening in the gaming world right now, so there’s no better time to get on board. However, with several options to choose from, which service should you pledge allegiance to? Streaming via Twitch is a popular choice, but there are other worthwhile services.

We’ve tested five of the biggest streaming platforms for gamers: Caffeine, Facebook Gaming, Mobcrush, Owncast, and our Editors’ Choice pick, Twitch. Each one lets you broadcast your gameplay sessions, but they differ in their approach and feature sets. We explain the important features below and why they might matter to you, so you can figure out which service is right for you.

Aside from Twitch, this is an entirely new lineup of services compared to the first time we covered this category years ago. Hitbox merged with Abzu to become Smashcast, but hasn’t gained much traction. Mirrativ largely receded from Western markets as other apps adopted its mobile broadcasting features. YouTube still features plenty of video game live streaming, but there’s no longer a separate YouTube Gaming app. Steam, the biggest PC gaming digital marketplace, also has broadcasting functionality. On July 22 Microsoft shut down Mixer and encouraged users to migrate over to Facebook Gaming. Their former Mixer accounts will stay intact, but don’t expect to enjoy Mixer’s unique features on Facebook Gaming. Note that these services are only for watching and broadcasting your gameplay. To actually play video games over a streaming connection (think Google Stadia) check out the best game streaming services.

The best way to jump into a streaming community is to simply visit its website, start watching videos, and interact with fellow viewers in the chat. These services can be enjoyed free of charge. Some have more attractive layouts than others, but they are all visually dense and highlight many enticing videos. These services also have dedicated apps for viewing and chatting on mobile devices. Facebook Gaming is currently only on Android, but is coming soon to iOS.

Certain games tend to be very popular on these platforms, such as Fortnite, PlayerUnknown’s Battlegrounds, and other battle royale games. If you’re into something more obscure, you can choose to follow streams for specific games. You can also follow specific channels and personalities. Facebook Gaming and Twitch focus on console and PC games, while Mobcrush highlights mobile games. You’ll find plenty of esports wherever you go. With in-person tournaments put on hold due to the pandemic, we’ve even put together a whole guide on how to watch esports from anywhere.

If you aren’t a gamer, the growing amount of non-gaming content on these services may appeal to you. Twitch has a dedicated IRL tab to watch folks just hang out and talk. Twitch also has streaming rights to sports leagues like the NFL (Thursday Night Football), the WNHL, and WNSL. Caffeine places a huge emphasis on mainstream entertainment content. Along with video games, you can watch professional-quality live shows on culture and music. Hip-hop stars Drake and Offset have channels. Like a true live TV channel, though, these broadcasts aren’t archived. As an open-source platform, Owncast users can stream whatever they want, so there are plenty of music and chatting channels alongside gaming.

Gamers like to experience their hobby in the highest fidelity possible. However, because streaming can put such a strain on both a machine and an internet connection, only YouTube dabbles in 4K streaming. Even 1080p resolutions and 60 frames per second frame rates aren’t always possible depending on the service. So, set your expectations accordingly. 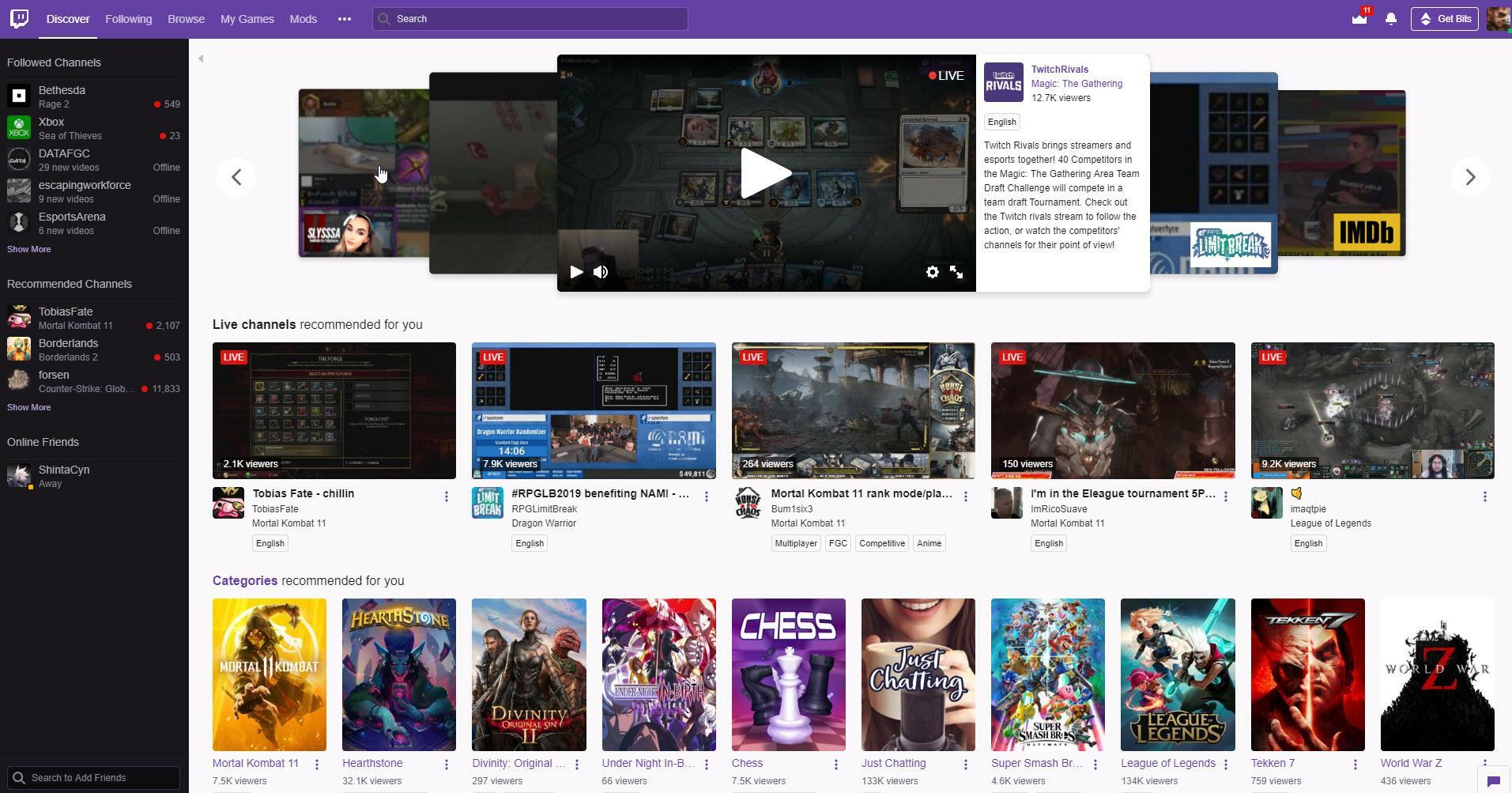 Before you’re ready to make the leap to streaming yourself, you have to figure out what hardware you need. In the past, streaming was a cumbersome process. You had to physically add a capture card to your PC or deal with some clunky external capture device. But streaming tech is now more democratized than ever. Modern capture devices paired with programs like Open Broadcast Software, Streamlabs, and XSplit make the entire process pretty intuitive. Twitch even offers its own beta streaming software called Twitch Studio and rivals are slowly following suit. You can enhance your broadcasts with specialized hardware like the Elgato Stream Deck. Owncast users not only need to use this software, they also must buy a server to self-host their instance channel, which takes some hard technical work.

Console and mobile gamers have it even better. You can broadcast directly from your mobile device with Facebook Gaming, Mobcrush, and Twitch. Twitch is also available on several set-top boxes, and lets you stream from video game consoles (except the Nintendo Switch).

You don’t have to limit yourself to just one of these services. Mobcrush lets you simultaneously broadcast on Facebook, Twitch, Twitter and YouTube. It’s a convenient way to efficiently spread your profile and unify your audience. Mobcrush is so focused on broadcasters that it doesn’t even consider itself a service meant for viewers. Watching streaming channels through the mobile app is apparently only for other creators to see what might be popular for their own audiences on other platforms.

Check out our detailed explainer on how to get started in game streaming for perfecting your broadcasting experience.

Streaming services are about more than just technology. They’re also about cultivating and empowering a community of fans and creators. Various chat customization options let broadcasters tailor the way they interact with their audience, but the platform’s larger, social vibe colors the experience, too. Obviously, each of these communities is primarily made up of video game fans, but that doesn’t mean their cultures are entirely identical.

Twitch is the service most synonymous with game streaming, and its community is the most robust. Twitch members are the masterminds behind famous live streaming experiments, such as Twitch Plays Pokemon and the Bob Ross marathon. Twitch also has a lot of corporate support, so you’re likely to find plenty of officially sponsored video events on the service from big publishers and other game-friendly companies.

Facebook Gaming leverages the power of its parent social network. All of your likes for gaming-related pages on regular Facebook, whether its games or publications or personalities, carry over to Facebook Gaming to flesh out your feed. All of your comments appear on both social networks, as well. You can even invite your friends to play Facebook games within the app.

The community you cultivate on these services doesn’t have to stay bound to them. A popular way broadcasters keep their fans engaged during off-hours is by setting up a Discord server where they can all interact. So, if a big personality trades one platform for another, the Discord channel stays constant while the fans transition. Twitch and YouTube feature Discord integration, as does Patreon, another alternative subscription-based revenue stream and community-building tool for broadcasters.

While user communities are indeed vital, we can’t forget who is actually in charge. Years ago, we criticized the corporate coziness of the Amazon-owned Twitch and its conservative content policies. Independent developer Robert Yang spoke on how his thought-provoking LGBT games were banned alongside juvenile, fascist trash like Hatred. However, this space has just become even more corporate thanks to Facebook, Google, and Microsoft. Rupert Murdoch’s large adult son sits on Caffeine’s board of directors, a service that has a distinct and somewhat bougie community flavor thanks to its broader studio-backed entertainment channels. With more companies paying more attention, users on these services are also increasingly vulnerable to copyright takedowns. For true democratic freedom, go with Owncast, a service that lets you stream whatever you want to whoever you want without corporate oversight. 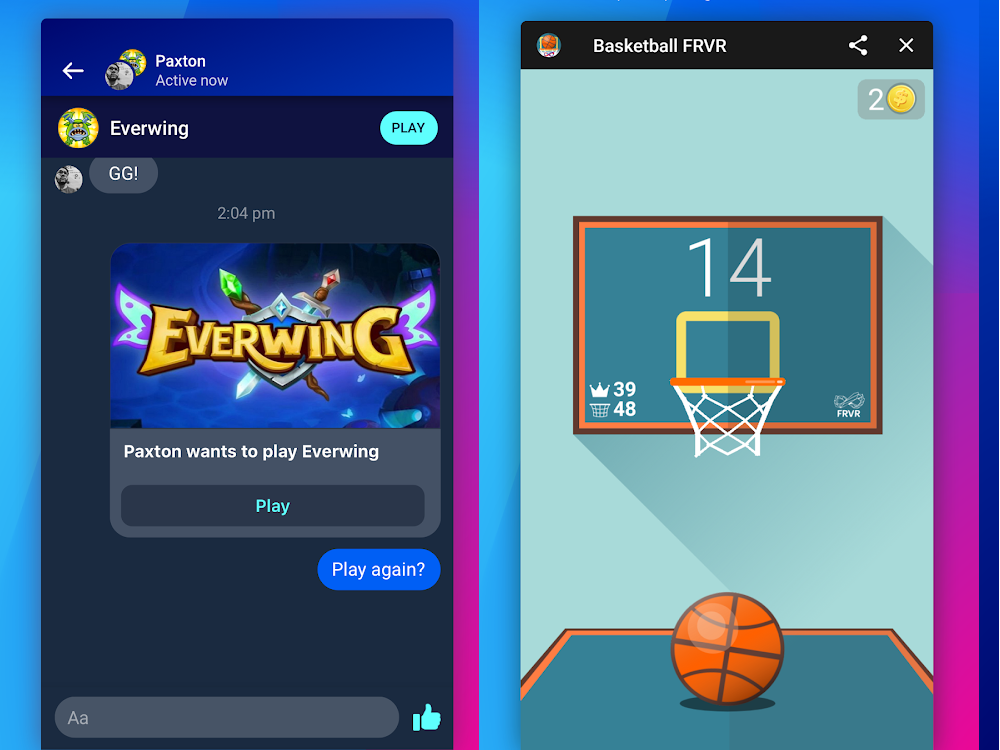 These services ask you to essentially expose yourself, to put your real face and voice online for all to see and hear. So, in a world where people get arrested for calling SWAT teams to harass streamers as a prank, staying safe should be a huge priority. Fortunately, these services all have their own anti-harassment politics. It’s just in everyone’s best interest to foster a positive community. For specific examples, learn more about the Twitch Safety Advisory Council.

We all can’t be the next PewDiePie and make millions of dollars per year shrieking in front of a microphone. But that doesn’t mean we shouldn’t try. To encourage us, video game live streaming services include avenues for streamers to get paid for their work. Typically, this involves expanding your channel’s popularity enough that you can apply for a partnership. Each of these services has their own requirements for becoming a partner. The ad revenue these services earn relies on users making videos people want to watch. So, it’s nice to see that wealth get spread around.

A great way to pump more money into the ecosystem is by becoming a paid subscriber. All of these services are initially free to use, but Twitch offers premium perks to those willing to pay. For $8.99 per month Twitch Turbo removes ads, increases broadcast storage, and gives you new emoticons. Alternatively, Amazon Prime or Prime Video subscribers also get Twitch Prime. Along with Twitch Turbo’s features, Twitch Prime gives you free, recent PC games every month. No one else does that. Facebook Gaming just has free, casual Facebook Games (including some streaming cloud games).

Viewers can support broadcasters more directly, too. Caffeine, Facebook Gaming, and Twitch allow direct donations. Donations may be in the form of mobile gaming-esque digital currency or a paid emoji you drop into the chat, but these methods ensure your money is going straight to your favorite creators. Twitch lets you subscribe to individual channels for $4.99, $9.99, or $24.99 per month. A single, monthly channel subscription is included with Twitch Prime. Other services are planning similar subscription features. Owncast features no ads or direct donation options, but hopefully you’ll foster a community willing to offer financial support in one form or another.

A broadcaster’s ability to cut to a paid commercial break varies from service to service. Some offer ad-free viewing to premium users or reserve ads for partners. However, there’s also nothing stopping broadcasters from linking to a Kickstarter, plugging a Patreon page, or weaving ads into a performance during a stream itself. In any case, you won’t become a millionaire overnight if a few people watch you play fighting games or shooters, but at least these services let you profit from your hobby.

Stop wasting time playing games while no one is watching, and hop onto one of the best video game live streaming services. Or, just kick back and enjoy the on-screen action. Read our full reviews of each of these products to help you decide the one that best fits your interests and ambitions. 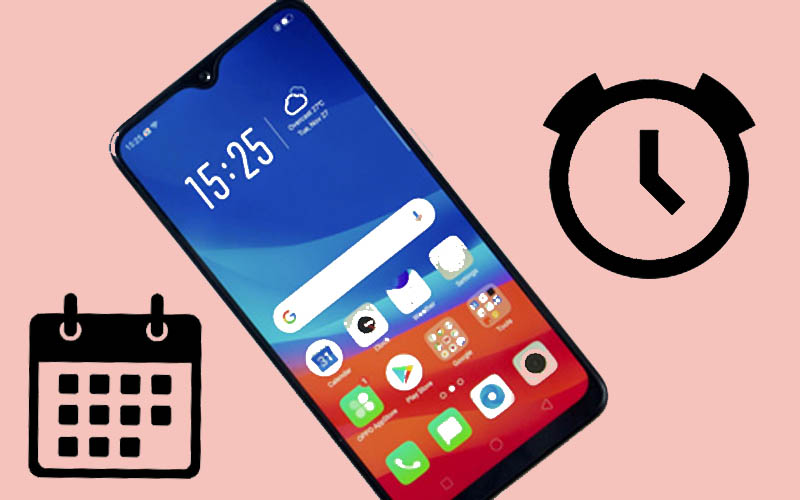 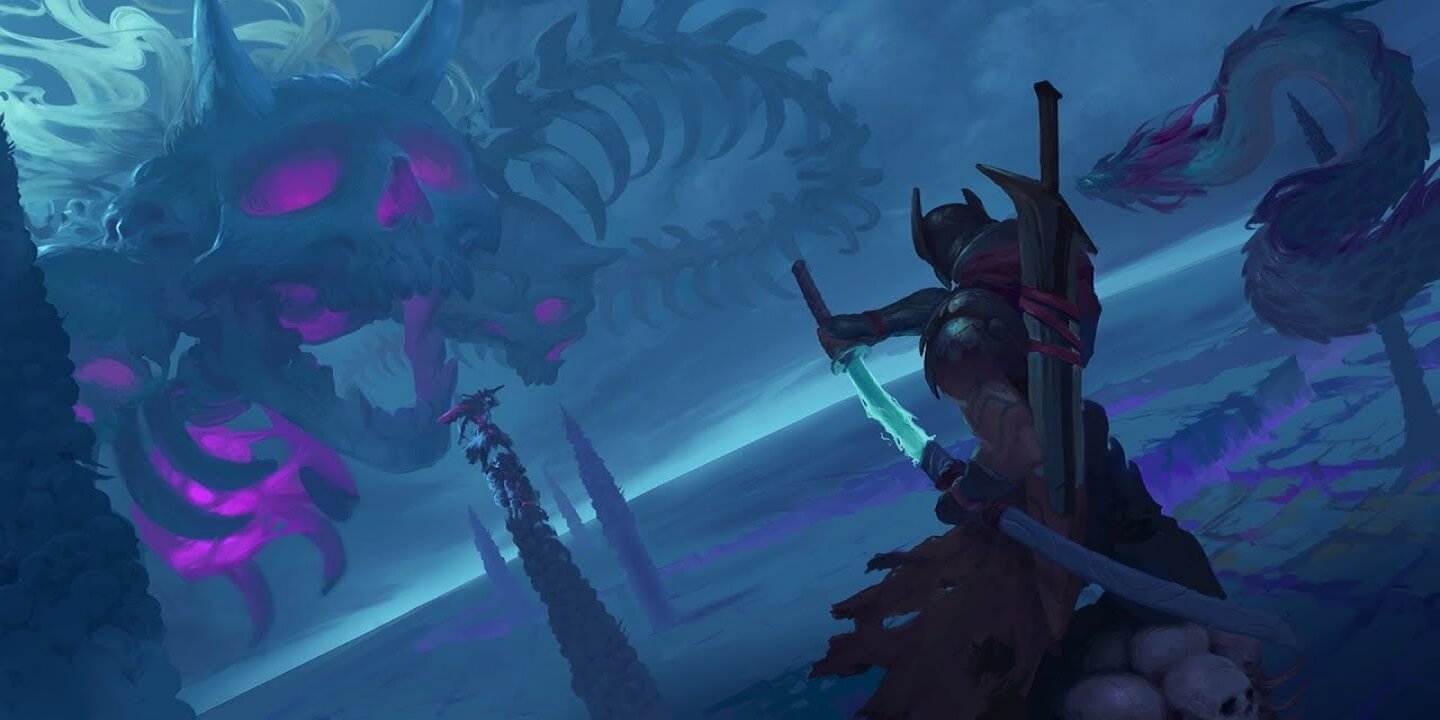 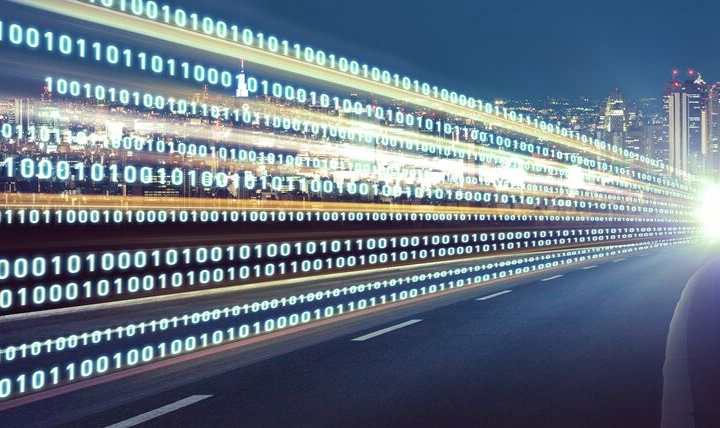 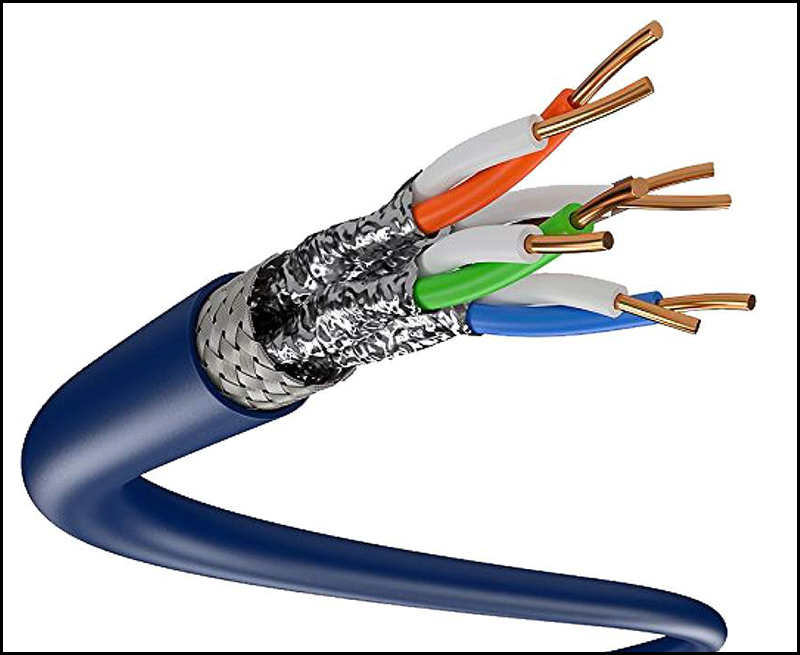 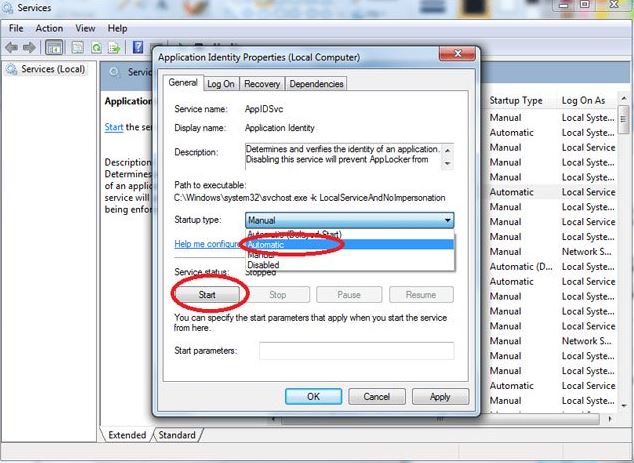